The Triangulum Galaxy (M33) is an unbarred pinwheel type galaxy which sits about 15° from the Andromeda Galaxy (M31).

At magnitude 5.8, M33 is technically a naked eye object in a perfect dark sky – which is something I am never likely to experience. I certainly would not see it from here in SW Sydney, looking through the murk and light pollution of Greater Sydney to my north.

Here’s a daytime telephoto picture, looking towards Sydney from The Australian Botanic Garden, which is situated between my home and the observing site I use with Macarthur Astronomical Society. Sydney is about 40 km away and Sydney Harbour Bridge is the arch at far left: 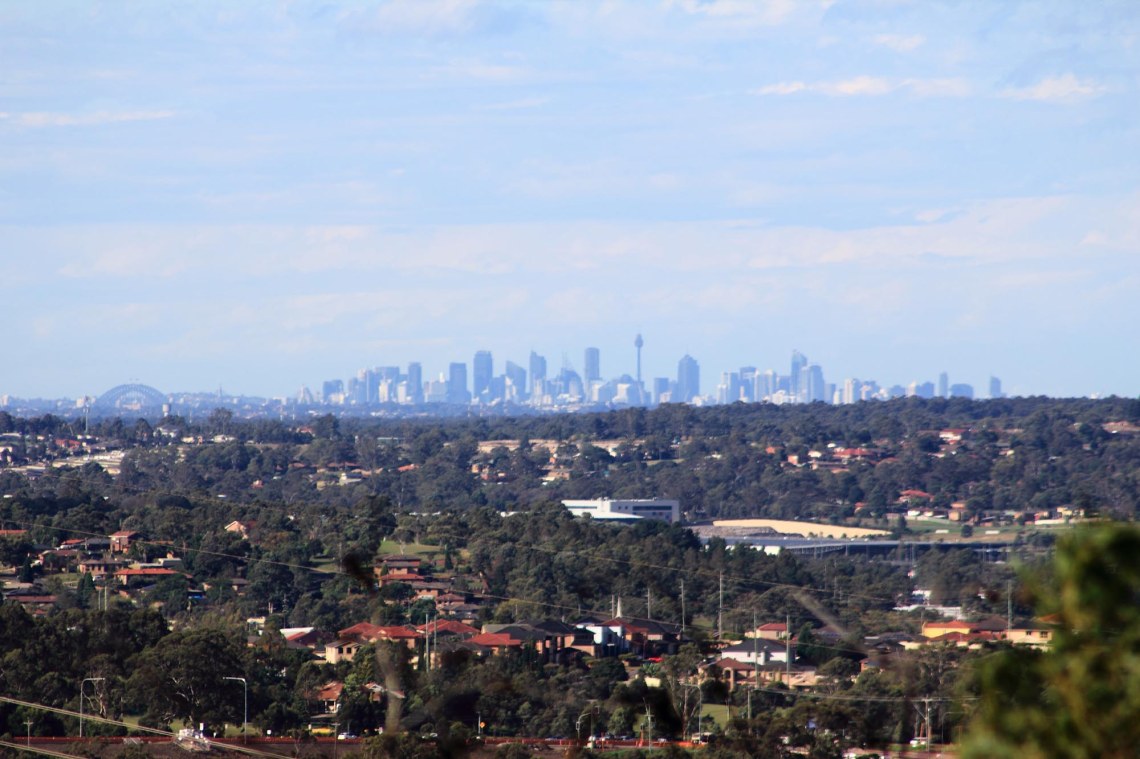 Sydney glows a lot at night – but I digress.

M33 is the third largest galaxy in the Local Group, after M31 and the Milky Way. It is closer to M31 than it is to the Milky Way and I understand it to be interacting with M31. It is possibly even a satellite of it and the two may well eventually merge. Hard to tell, I would have thought, because everything in astronomy happens really slowly – but professional astronomers are so darned clever they seem to be able to figure hard stuff out.

The number of stars in the four largest galaxies of the Local Group are estimated as :

I didn’t know that.